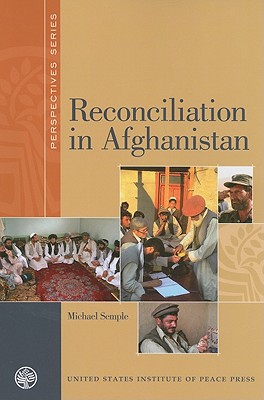 
Special Order—Subject to Availability
Following the collapse of the Taliban regime in December 2001, Afghan leaders met in Bonn, Germany, determined to restore governance to Afghanistan and to create a durable peace. Although the Bonn Accords called for the inclusion of estranged factions into the new political system, the Afghan government and its international partners lacked the strategic commitment to pursue reconciliation, sparking renewed insurgency in 2003.In this timely and thorough volume, Michael Semple analyzes the rationale and effectiveness post-2001 attempts at reconciliation in Afghanistan. He explains the poor performance of these attempts and argues that rethinking is necessary if reconciliation is to help revive prospects for peace and stability in Afghanistan. Semple's findings reveal that the key parties to the insurgency are Afghan political actors driven by objectives related to their roles and status inside Afghanistan. Further, the majority of senior Taliban figures who have reconciled have done so through a process best described as political sponsorship, in which they have secured acceptance into the present system through political or tribal links. Although official reconciliation programs have failed and formal institutions are widely considered to be inaccessible, corrupt, and unreliable, reconciliation is indeed possible in Afghanistan, particularly through informal networks and traditional Afghan reconciliation practices.Semple contends that progress lies in an incremental peace, one in which identifiable networks hitherto estranged from the current political reality and engaged in insurgent violence reach an accommodation with the government that addresses their network-specific grievances and interests. He concludes with specific and numerous recommendations for the Government of Afghanistan as well as for the international community.