A Beginner's Guide to Philosophy (Paperback) 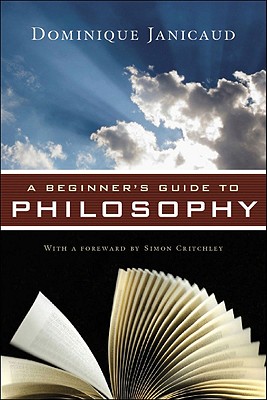 A Beginner's Guide to Philosophy (Paperback)

The ideal introduction history of western philosophy: An illuminating discourse on the major thinkers, from Plato to Descartes to Nietzsche.

A small marvel, A Beginner’s Guide to Philosophy provides an instructive and delightful introduction to philosophy. Despite its brevity, this beginner’s guide covers a vast range of authors and topics. The reader will find discussions of ancient and modern philosophy, beginning with the pre-Socratic thinkers, before moving on to Plato and Aristotle. The narrative then proceeds to an elegant survey of modern philosophers: Descartes, Nietzche, Kant, and Hegel.

At the end of this poignant yet practical intellectual journey, Dominique Janicaud at last addresses the problems that have occupied thinkers through the ages: the existence of God, the meaning of life, human nature, and the question of freedom.

Dominique Janicaud, a renowned French philosopher and Heidegger specialist, taught at the University of Nice. He died of a heart attack after swimming in the Mediterranean in 2002.
Charming. By seeking, daring to know, the essence of beauty, truth, goodness we can achieve illumination and satisfaction. This book points us in the right direction. (The Good Book Guide)

Janicaud opens up his subject in the most immediate way I have ever seen. (The Daily Telegraph)

It’s elegance of expression and exposition will appeal also to more mature seekers after enlightenment who are gently, subtly, led from Socrates to Nietzche. Janicaud equips us to face down the conformist pressures of modern life. (The Times [London])