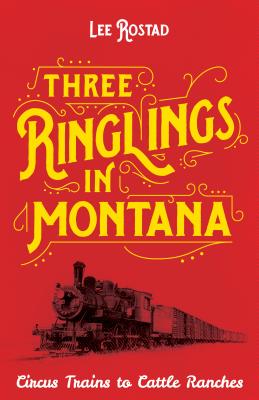 
Not On Our Shelves—Ships in 1-5 Days
The Ringling Brothers Circus--the world's greatest shows --made five brothers some of the wealthiest men in America in the early 1900s. One of them--flamboyant John Ringling--came to Montana in 1903 looking for investments. He ended up building a railroad and launching a ranching company. Richard, son of circus brother Alf T. Ringling, followed his Uncle John to Montana in 1917 and built a cattle and sheep empire. He and his family settled in a mansion in White Sulphur Springs. Richard's son Paul was born in Montana in 1920 and became a prominent rancher and state legislator. He still lives in the state as this book is published. The Ringlings made their marks in Montana in many ways, from a town named after them to the historic Bozeman Roundup rodeo. Author and historian Lee Rostad tells the Ringlings' Montana stories, plus tales of the circus's ups and downs, in this engrossing volume. Her research included access to the family's private papers and photographs, including many images in this book.