Dreaming in the Bone Boat (Paperback) 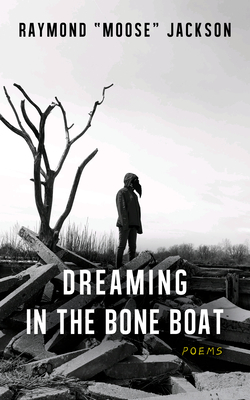 Dreaming in the Bone Boat (Paperback)


Special Order—Subject to Availability
In Dreaming in the Bone Boat, Raymond Moose Jackson maps his worlds and roles. Anchored in New Orleans but wide-ranging, these poems chart the course of a rowdy pilgrim at the crossroads of blue-collar doldrums, punk epiphanies and the disappearing wetlands of dream. Jackson is a lyrical voyager walking a rebel road to end up wild-eyed in the fields of human compassion feeling?], and we are along for the ride. With phrasings that land with the musical smack of destiny, Moose restores us to a living world where the mundane is magical and all of life is celebrated.
Raymond Moose Jackson is a self-taught poet and ex-military Detroit native who found his way to New Orleans, Louisiana in 2003 via squatting, direct activism and train-hopping.