Out in Paperback (Paperback) 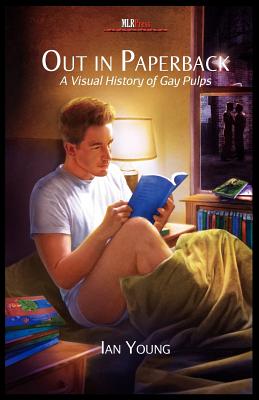 Out in Paperback (Paperback)


Not On Our Shelves—Ships in 1-5 Days
Out in Paperback is a wonderfully entertaining look at gay mass-market paperback cover art that throws light on the important role of the book publishing industry in the development of gay popular culture. Richly illustrated with over a hundred covers of gay-themed "pulps" published between 1948 and 1998, this fascinating visual history provides new insights into a striking form of gay imagery. Following the huge demand for portable reading material during World War II, paperback publishing exploded in the post-war years. At the same time, the Kinsey Report and a spate of novels and non-fiction studies about male homosexuality suggested new and sensational subject matter. Literature, mass culture, and the emerging homosexual underground combined in the accessible pulp paperback with its striking, interpretive packaging.For many readers - including young, isolated gay men - an eye-catching, pocket-sized paperback cover on a drugstore rack provided their first intriguing look into a previously concealed gay world. What were the messages behind the emblematic images and flashy graphics? For whom were they intended? What was their impact on a rapidly changing North American society? Ian Young, author of The Stonewall Experiment: A Gay Psychohistory and an authority on gay publishing, probes beneath the surface of gay pulp covers to reveal their underlying, sometimes surprising, messages. Ian Young is one of the founders of the Canadian gay movement. His books include Sex Magick, The Male Muse, The AIDS Cult (with John Lauritsen), and The Stonewall Experiment. His essays, poems and short stories have been published in over fifty anthologies including What Love Is and The Golden Age of Gay Fiction. He lives in Toronto with his partner Wulf. This is a re-issued manuscript.