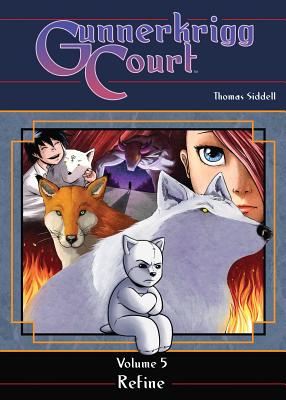 This is book number 5 in the Gunnerkrigg Court series.

The fifth volume in the ever-popular Gunnerkrigg Court series, based on Tom Siddell's hit webcomic!

Return to Gunnerkrigg Court with Antimony Carver and her friends as they delve deeper into the mysteries of their school and the first that surrounds it. Filled with magical creatures and fascinating secrets, the forest offers more mysteries then answers as Antimony continues her journey through the school -- alongside robots, a mythical creature or two and the occasional body-snatching demon!
Thomas Siddell is English, and resides in Birmingham. He has a day job as an animator for a video game company, and he rides the bus to work every day. He hates Boxbot. He really, REALLY hates Boxbot.