A Tale of Light and Shadow, 1 (Paperback) 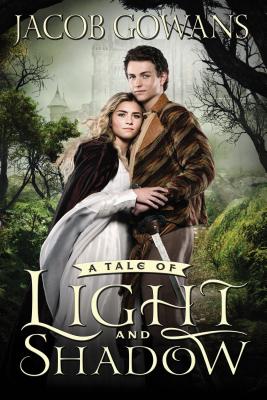 A Tale of Light and Shadow, 1 (Paperback)

This is book number 1 in the Tale of Light and Shadow series.

Enter Atolas, a world where swords and daggers both extend life and end it, where magic is feared by all but a few, and where feuds and friendships influence kingdoms and courtships. Henry and Isabelle have secretly sworn to marry despite his lowly station as a carpenter, but his devotion to her drives him to commit an unthinkable act that may cost both of them their lives. At the same time, a secret, dark prophecy has set in motion events that will affect not only them, but the thrones of rulers throughout all of Atolas, threatening to eclipse the world in shadow. But all is not lost while hope remains in the guise of an unlikely hero and the strength of friendship.
Jacob Gowans was raised in Papillion, Nebraska, graduated with a bachelor's degree in theater studies, and then moved to Cleveland, Ohio, where he graduated from dental school at Case Western Reserve University. Jacob and his wife and three children live in Arizona, where he works as a dentist for the Indian Health Services.