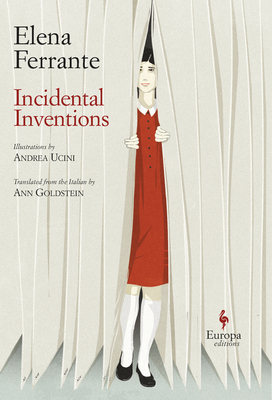 Elena Ferrante is the best-selling author of My Brilliant Friend, now an HBO original series. Collected here for the first time are the seeds of future novels, the timely reflections of this internationally beloved storyteller, the abiding preoccupations of a writer who has been called "one of the great novelists of our time" (New York Times).

"This is my last column, after a year that has scared and inspired me . . . I have written as an author of novels, taking on matters that are important to me and that--if I have the will and the time--I'd like to develop within real narrative mechanisms." With these words, Elena Ferrante bid farewell to her year-long collaboration with the Guardian newspaper. For a full year, she wrote weekly articles, the subjects of which had been suggested by Guardian editors, making the writing process a sort of prolonged interlocution. The subjects ranged from first love to climate change, from enmity among women to the experience of seeing her novels adapted for film and TV. Translated by Ann Goldstein, the acclaimed translator of Ferrante's novels, and accompanied by Andrea Ucini's intelligent, witty, and beautiful illustrations, this volume is a must for all curious readers.
Elena Ferrante is the author of The Days of Abandonment (Europa, 2005), which was made into a film directed by Roberto Faenza, Troubling Love (Europa, 2006), adapted by Mario Martone, and The Lost Daughter (Europa, 2008), soon to be a film directed by Maggie Gyllenhaal. She is also the author of Incidental Inventions (Europa, 2019), illustrated by Andrea Ucini, Frantumaglia: A Writer's Journey (Europa, 2016) and a children's picture book illustrated by Mara Cerri, The Beach at Night (Europa, 2016). The four volumes known as the "Neapolitan quartet" (My Brilliant Friend, The Story of a New Name, Those Who Leave and Those Who Stay, and The Story of the Lost Child) were published by Europa Editions in English between 2012 and 2015. My Brilliant Friend, the HBO series directed by Saverio Costanzo, premiered in 2018.