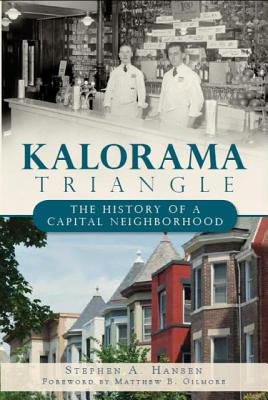 By Stephen A. Hansen


In Stock—Click for Locations
Kalorama is Greek for fine view," and it was the vista that drew wealthy colonists to set their farms and manor homes on the verdant hills above the capital. With the start of the Civil War, the grand hilltop residences were turned over to the army to be used as barracks and hospitals. It was only after the war that the land was developed into city streets that saw everything from the excesses of the Gilded Age to the horrors of the 1922 Knickerbocker Theater Disaster. Historian and longtime resident Stephen A. Hansen charts the evolution of the neighborhood from its earliest history through the twentieth century as residents fought to preserve the historic character of Kalorama Triangle.