A Daughter of the Samurai (Paperback) 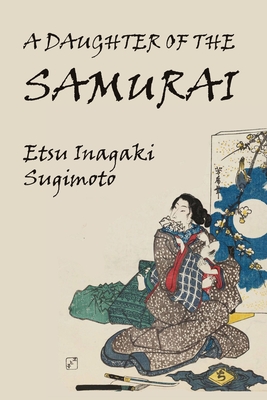 A Daughter of the Samurai (Paperback)


Not On Our Shelves—Ships in 1-5 Days
(This book cannot be returned.)
Born in 1874 the youngest daughter of a samurai and former daimyo-a feudal prince under the Takugawa shogunate-Etsu Inagaki grew up surrounded by ghosts of an aristocratic military lineage. Having fought on the losing side in the wars that installed the Meiji emperor, the Inagaki family was reduced in power, status, and wealth but not in pride or devotion to its traditional roles and customs. Etsu's upbringing and education were conservative and old-fashioned, guided by the Shinto and Buddhist beliefs her family held. The samurai virtues of honor, stoicism, and sacrifice applied to daughters and wives as well as sons and fathers: "The eyelids of a samurai know not moisture." Family turmoil, including her father's death and the return of her prodigal brother, led her on another path-to an English-language mission school in Tokyo and an arranged marriage to a Japanese businessman in Cincinnati, Ohio, where she became mother to two daughters before being widowed and returning with them to Japan. Her story, as she tells it, is: "How a daughter of feudal Japan, living hundreds of years in one generation, became a modern American." The clash of cultures, the momentous and sometimes hilarious misunderstandings between Japanese and Western ways are revealed in intriguing intimate episodes involving love, duty, and family ties. Living between a semi-mythical past and an emergent international present, Mrs. Sugimoto recounts the personal impact of the profound social changes brought about by Japanese-American relations during the Meiji period (1868-1912) and offers an unexpected insider's view of traditional Japanese samurai family life as it is in the process of being swept away.