The Oligarchs: Wealth And Power In The New Russia (Paperback) 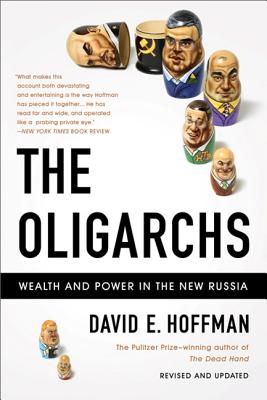 The Oligarchs: Wealth And Power In The New Russia (Paperback)


Not On Our Shelves—Ships in 1-5 Days
In this saga of brilliant triumphs and magnificent failures, David E. Hoffman, the former Moscow bureau chief for the Washington Post, sheds light on the hidden lives of Russia's most feared power brokers: the oligarchs. Focusing on six of these ruthless men— Alexander Smolensky, Yuri Luzhkov, Anatoly Chubais, Mikhail Khodorkovsky, Boris Berezovsky, and Vladimir Gusinsky—Hoffman shows how a rapacious, unruly capitalism was born out of the ashes of Soviet communism.
David E. Hoffman is a contributing editor at the Washington Post. He covered the White House during the presidencies of Ronald Reagan and George H. W. Bush, and was subsequently diplomatic correspondent and Jerusalem correspondent. From 1995 to 2001, he served as Moscow bureau chief, and later as foreign editor and assistant managing editor for foreign news. He is the author of The Dead Hand, for which he won the Pulitzer Prize for general nonfiction.