Gender and Power in the Plays of Harold Pinter (Paperback) 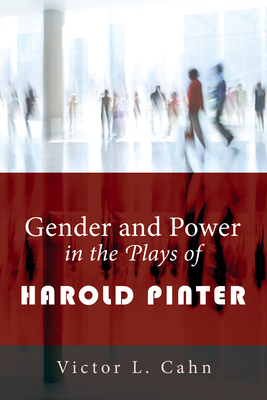 Gender and Power in the Plays of Harold Pinter (Paperback)


Not On Our Shelves—Ships in 1-5 Days
During the past century, artists have been preoccupied with the search for meaning in a fragmented world. In this book Victor L. Cahn suggests that the plays of Harold Pinter dramatize how such a search leads characters to try to establish security through control of territory and people. The resulting conflict often manifests itself in a gender battle, in which men dominate the physical arena and women the emotional. The innate tension between the sexes is both comic and unnerving, but also reflects humanity's eternal quest for meaning and identity.
Victor L. Cahn is Professor of English at Skidmore College. Among his other books are Shakespeare the Playwright: A Companion to the Complete Tragedies, Histories, Comedies, and Romances (named an Outstanding Academic Book by Choice) and The Plays of Shakespeare: A Thematic Guide, as well as a critical volume on Tom Stoppard; Conquering College: A Guide for Undergraduates; a memoir, Classroom Virtuoso; and the novel Romantic Trapezoid. He has written numerous plays, several of which have been produced Off-Broadway and regionally, including the one-man show Sherlock Solo, which he has performed. Three of his scripts, Fit to Kill, Roses in December, and Embraceable Me, have been published by Samuel French. His articles and reviews have appeared in The New York Times, Modern Drama, The Literary Review, The Chronicle of Higher Education, and Variety