One Blue Ribbon: Childhood Remembrances of a Home Town and School (Paperback) 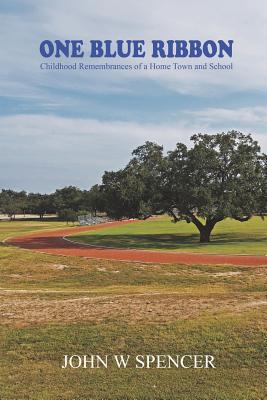 One Blue Ribbon: Childhood Remembrances of a Home Town and School (Paperback)


Not On Our Shelves—Ships in 1-5 Days
(This book cannot be returned.)
Zachary Stevens begins a childhood journey with many twists and turns. Set in the Midwest during the 1950's, a boy comes into adolescence and very quickly must deal with the vagaries of life. An alcoholic father fails his family, a divorce ensues, and an ashamed, frightened youngster looks for support from a hometown, a mother, a grandmother, plus neighborhood friends.At school, kids become his buddies, his enemies, his first loves, or a group of recalcitrant bullies. Teachers and coaches give advice and some make lasting impressions. Zachary and a close friend discover "hidden" racial discrimination at a swimming pool, while a school track race provides hope and some redemption for a scattering of personal insecurities and falsely driven self-perceived failures. The memories of a boyhood remain infused in a writer's mind-"those smells from redwood shavings spread over concrete floors; a school cafeteria and cooking food; a playground, a jungle gym, and swings all of which still await a boy's return. And those many friends, who lived such impossible dreams, hid and played in thick tall weeds, and told such unbelievable tall tales," they all come back to again tell a story, his story. John Spencer is a retired neuropsychologist who previously worked for the United States Public Health Service as a clinician, researcher, and administrator. He has taught at several universities and now lives in San Antonio, Texas with his wife Patricia.