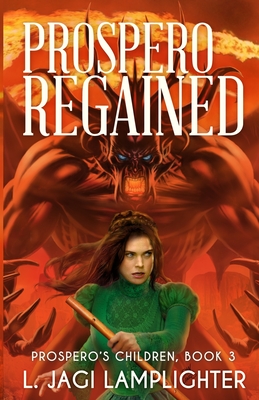 Shakespeare meets Dante as Miranda races to gather her siblings and rescue her father...from Hell.

Prospero, the exiled sorcerer made famous in William Shakespeare's play, The Tempest, has endured throughout many centuries. His daughter Miranda runs the family business--Prospero, Inc.--so smoothly that most of modern humanity has no idea that the Prosperos' magic has protected Earth from repeated disasters. But old Prospero himself has been kidnapped by demons from Hell, and Miranda, aided by her estranged siblings, has followed her father into the depths of the underworld to save him from a certain doom at the hands of vengeful demons.

Time is running out for Miranda, and for the great magician himself, as they battle against the most terrifying forces of the Pit.

"No ordinary urban fantasy, but a treasure trove of nifty ideas and intriguing revelations."--Publisher's Weekly on Prospero Lost