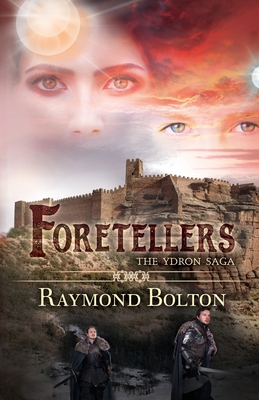 This is book number 3 in the Ydron Saga series.

In a world facing two divergent futures-eventual freedom or complete domination-too many unmade decisions cloud the yet-to-be. Those who can see even a tiny portion of the inevitable wield great power. In this world where young and old, rich or poor, are at the mercy of armed marauders and the armies of the powerful, a warlord's wrath forces a mother and daughter to flee for their lives. Despite being prescient, they cannot foresee all that lies ahead. Quickly separated, their every effort centers around reunion and survival. Without losing sight of these goals, one of them foresees that, if she travels to the conflict's center and lends support to one of the two major powers, she has the ability to influence the final outcome. Foretellers, the third volume of The Ydron Saga, is the second book of Awakening's prequel trilogy.