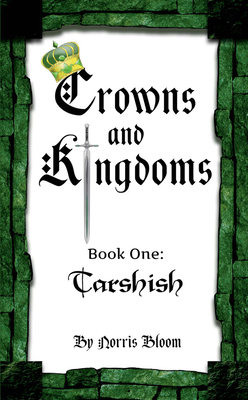 The first book in the Crowns and Kingdoms series, Norris Bloom takes you back in time to the medieval days of Tarshish. The king of Tarshish summons a secret meeting of all the noble kings from kingdoms near and far, putting forth the idea of a secret pact. In order to preserve their kingdoms, each king reluctantly agrees to fake the death of their next born child. Secretly placed in a cottage, the children are taught the virtues needed to be honorable and effective rulers. As the children grow older, Judoc and his Night Invaders continue their assault on the kingdoms. When Judoc claims the throne of Magog and turns his sights on Tarshish, young Zora is forced into battle. With the help of her best friend, Sundiata, Zora uses her head and her heart to defeat Judoc and save the kingdom of Tarshish.
Norris Bloom is a retired school teacher and basketball coach. She taught 5th and 6th grade in the United States before relocating to Upper Basildon, England for 6 years where she developed a love of the English countryside and its people. Additionally, she traveled extensively throughout Europe, feeling a kindred spirit to the long ago kings and queens that once roamed the castles dotted throughout Europe. Crowns and Kingdoms is her first series showcasing her love of middle school aged children and medieval folklore. Norris currently lives in San Francisco, Ca with her husband Ken and dog Mojo. In her spare time she enjoys traveling, cooking, music, sports and spending time at her cottage on Lake Tulloch, Ca.