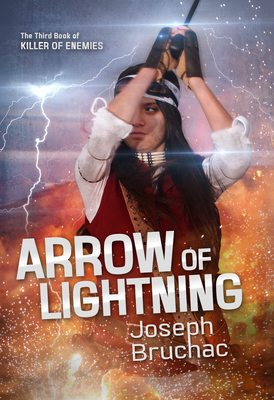 In the final installment of the Killer of Enemies series, Lozen attempts to live a life without the violence that so far has defined her life, but the remaining Ones will not let that happen without a fight.

Months after she has been healed from the Enemy Sickness that afflicted her in Trail of the Dead, Lozen and her family have gathered a community around them in Valley Where First Light Paints the Cliffs and have begun to rebuild. Lozen knows danger still stalks them and she intends to be ready to defend her people, but she hopes to avoid killing another human being-though gemod monsters are not off the table.

Miles away, the remaining Ones plot Lozen's demise, and a threat Lozen thought she'd eliminated comes closer. And a newfound power will complicate everything for Lozen.

JOSEPH BRUCHAC is among the most respected and widely published Native American authors, with over 100 titles in print, including the popular Keepers of the Earth series and Lee & Low's Killer of Enemies trilogy, which received a starred review from Kirkus Reviews. A Rockefeller Fellow and an NEA Poetry Writing Fellow, Bruchac has received numerous recognitions over his long-standing career; including the Native Writers' Circle of the Americas Lifetime Achievement Award. In addition to writing, Bruchac is an editor at Greenfield Review Press, a literary publishing house he co-founded with his wife. He lives in Greenfield Center, New York. To find out more about Joseph Bruchac, visit josephbruchac.com.