The Headless Horseman: A Strange Tale of Texas Legend (Paperback) 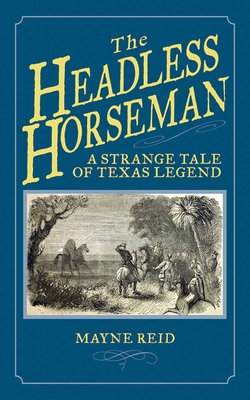 The Headless Horseman: A Strange Tale of Texas Legend (Paperback)


Special Order—Subject to Availability
The legend of the headless horseman is one that has roots in a number of different countries and cultures, dating back much farther than Washington Irving’s well-known tale. Captain Mayne Reid’s tale, published nearly forty years later, is based on a well-known Texas folk tale.

Set in nineteenth-century Texas, The Headless Horseman tells the story of Louise Poindexter, who is a newcomer to town. Courted by Cassius Calhoun and Maurice Gerald, Louise finds that her life takes a turn when her brother, Henry Poindexter, is found murdered. The tale twists further when it is reported that a headless horseman has been seen on the Poindexter plantation. In this classic tale, Mayne Reid takes readers on an incredible journey to discover the killer of Henry Poindexter and solve the mystery of the Headless Horseman.

The Headless Horseman is an overlooked gem, a classic piece of literature, and an edge-of-your-seat mystery thriller. Originally published in 1866, this edition is a faithful reprint of a rare and out-of-print masterpiece.