Syria: A History of the Last Hundred Years (Hardcover) 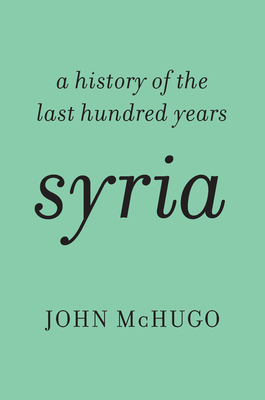 Syria: A History of the Last Hundred Years (Hardcover)


Backordered
The collapse of Syria into civil war over the past two years has spawned a regional crisis whose reverberations grow louder with each passing month. In this timely account, John McHugo seeks to contextualize the headlines, providing broad historical perspective and a richly layered analysis of a country few in the United States know or understand. McHugo charts the history of Syria from World War I to the tumultuous present, examining the country's thwarted attempts at independence, the French policies that sowed the seeds of internal strife, and the fragility of its foundations as a nation. He then turns to more recent events: religious and sectarian tensions that have riven Syria, the pressures of the Cold War and the Arab-Israeli conflict, and two generations of rule by the Assads. The result is a fresh and rigorous narrative that explains both the creation and unraveling of the current regime and the roots of the broader Middle East conflict. As the Syrian civil war threatens to draw the U.S. military once again into the Middle East, here is a rare and authoritative guide to a complex nation that demands our attention.

John McHugo is an international lawyer and Arabist. His writing has been featured in "History Today," "The World Today," and on the BBC News website, and his debut book, "A Concise History of the Arabs" (The New Press), was a "Choice" Outstanding Academic Title. McHugo was shortlisted for the Salon Transmission Prize in 2014 and lives in London.