Tinsel in a Tangle (Paperback) 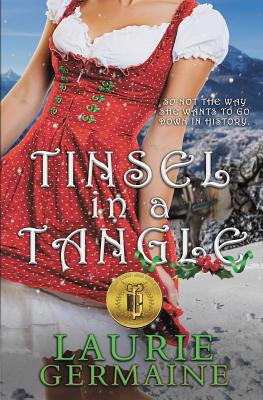 Tinsel in a Tangle (Paperback)

In the arctic town of Flitterndorf, generations of elves have worked alongside generations of Kringles to make gifts for believing children worldwide. Never have they endured a tall, blundering elf like Tinsel, though. Despite her setbacks, Tinsel's determined to prove her worth by nabbing an internship at the Workshop. But when her latest mishap destroys gift reserves and puts Christmas in jeopardy, she lands a punishment mucking reindeer stalls for Santa's hotshot grandson, Niklas. Now if she wants a second chance at that position, she must collaborate with the twinkle-eyed flirt to redeem herself in everyone's eyes without messing up. For one more calamity will not only bring about the holiday's demise, she'll be immortalized as the elf who shattered children's faith in Santa Claus.

So not the way she wants to go down in history.