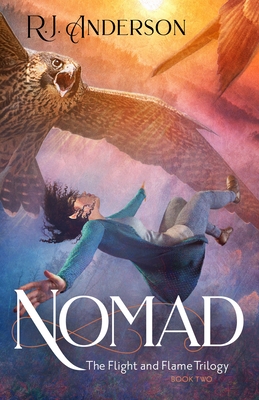 
Special Order—Subject to Availability
Cast into exile, she must return to free her people. Banished from her underground home by Betony, the queen of the Cornish piskeys, young Ivy sets out to forge a new life for herself in the world above. But a deadly threat lingers in the mine, and Ivy cannot bear to see her people suffer while Betony refuses to believe. Somehow she must convince the queen to let them go. Her mission only becomes more complicated when Ivy starts to dream of the ancient battles between her ancestors and the spriggan folk. Who is the strange boy in her visions? Could her glimpses of his past help Ivy find a new home for her fellow piskeys? To find the answers, Ivy must outfly vicious predators, outwit cunning enemies, and overcome her own greatest fears. And when evil threatens the people Ivy loves best, it will take all her courage, faith, and determination to save them.

Born in Uganda to missionary parents, R.J. (Rebecca Joan) Anderson is a women's Bible teacher, a wife and mother of three sons, and a bestselling fantasy author for older children and teens. Her debut novel sold more than 120,000 copies worldwide, while her other books have been shortlisted for the Nebula Award, the Christy Award, and the Sunburst Award for Excellence in Canadian Science Fiction. She lives in Stratford, Ontario, Canada.