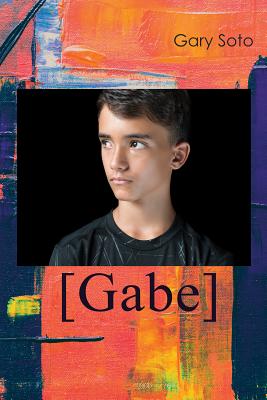 
Not On Our Shelves—Ships in 1-5 Days
Thirteen-year-old Gabe Mendoza is headed to the public library when he hears a voice call, “Son.” Gabe sizes up an approaching vagrant. “It’s me, your dad.”Dad? Couldn’t be. This man looks homeless—is homeless. He’s hauling a suitcase with everything he possesses—nothing. To Gabe, the figure doesn’t look right. He’s wearing a sweatshirt on a hot summer afternoon. His neck is filthy, his teeth rotten in an unsmiling mouth.  Gabe’s father had abandoned him and his mother five years earlier. As the story unfolds, Gabe wrestles with confusion. Should he give his father a second chance—the father who is now destitute, possibly ill, pathetic, and an alcoholic?

Life has never been easy for Gabe on the streets of Fresno. He’s always escaping trouble, especially from Frankie Torres, who practices his gangbanging tactics on Gabe.

The novella is quick as anger, but Gabe isn’t angry. There’s tenderness in his troubled heart. It is meant to be read more than once—each reading will reveal more about his mother, playground life, forgiveness, and the healing nature of dog that comes into his life.

. . . The afternoon was hot, maddening hot. He stopped under a tree and spied the temperature on the corner bank building: 104. Through the wavering heat, he eyed a figure in a 49ers sweatshirt. Dang, Gabe thought. What’s wrong with this guy? A sweatshirt in this heat?
“Son,” the figure beckoned to him.
Son? Gabe wondered. Was this homeless man looking for a handout?
“It’s me, your dad.” The figure in dirty clothes was pulling a large suitcase on wheels. The man did his best to hoist a smile.
The vagrant did resemble his dad, whom Gabe hadn’t seen in four years. His dad had driven away in the family’s best car, with his clothes and the household computer in the backseat. He had also loaded the car with cases of soda and bottledwater, as if he were thirsty for a life other than the one he had with them. . . ” He’s homeless,” Gabe whispered to himself. Everything he owned was stuffed in that suitcase on wheels, which he hauled like a donkey pulling a cart.

GARY SOTO is the author of thirty books for children, young adults, and adults. He is also the author of Sudden Loss of Dignity, The Spark and Fire of It and F. Pérez Lopez’s El Mexicano, titles available from Stephen F. Austin State University Press. Born and raised in Fresno, he now lives in Berkeley, California.