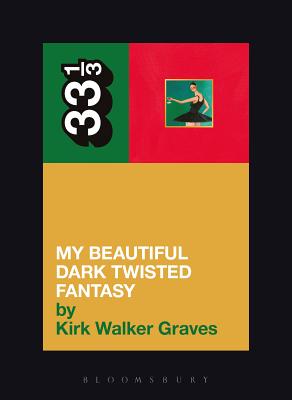 In the first decade of the twenty-first century, Kanye West created the most compelling body of pop music by an American artist during the period. Having risen from obscurity as a precocious producer through the ranks of Jay Z's Roc-A-Fella records, by the time he released My Beautiful Dark Twisted Fantasy (MBDTF) in late 2010, West had evolved into a master collagist, an alchemist capable of transfiguring semi-obscure soul samples and indelible beats into a brash and vulnerable new art form.

A look at the arc of his career, from the heady chipmunk soul exuberance of The College Dropout (2004) to the operatic narcissism of MBDTF, tells us about the march of pop music into the digital age and, by extension, the contradictions that define our cultural epoch. In a cloud-based and on-demand culture - a place of increasing virtualization, loneliness, and hyper-connectivity - West straddles this critical moment as what David Samuels of The Atlantic calls the first true genius of the iPhone era, the Mozart of contemporary American music. In the land of taking a selfie, honing a personal brand, and publicly melting down online, Kanye West is the undisputed king. Swallowing the chaos wrought by his public persona and digesting it as a grandiose allegory of self-redemption, Kanye sublimates his narcissism to paint masterstroke after masterstroke on MBDTF, a 69-minute hymn to egotistical excess. Sampling and ventriloquizing the pop music past to tell the story of its future - very much a tale of our culture's wish for unfettered digital ubiquity - MBDTF is the album of its era, an aesthetic self-acquittal and spiritual autobiography of our era's most dynamic artist.
Kirk Walker Graves is a writer from Tennessee at work on his first novel. A graduate of Princeton University, he lives with his wife and son in Nashville.