The Body by the Shore (Paperback) 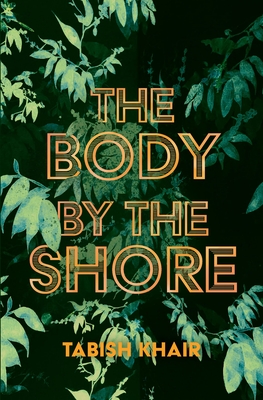 The Body by the Shore (Paperback)


On Our Shelves Now at:
A novel of suspense and intrigue set in the post-pandemic world

Harris Maloub, a killer with an erased official past, now in his fifties, is visited by someone who could not be alive and given an assignment. In Aarhus, Denmark, Jens Erik, police officer on pre-retirement leave, somehow cannot forget the body of a Black man recovered from the sea some years ago. On an abandoned oil rig in the North Sea, turned into a resort for the very rich, Michelle, a young Caribbean woman, realizes that the man she has followed to this job is not what he claims to be. And neither is the rig, where a secret laboratory bares to her a face that is neither human nor animal. Behind all this, there lurks the ghost of a seminar in 2007: most of the participants of that seminar are dead or untraceable. Why was their obscure research on plants and fungi and microbes so important? What is the secret that killed them? What is the weapon that powerful syndicates are trying to obtain – or develop?

Narrated from the perspective of the post-pandemic world around 2030, but moving back in time to cover all of the 21st century, and even bits and pieces from the 20th and the 19th, The Body by the Shore is a novel of suspense and speculation about the complexity of life and intricacy of the earth. It is also a novel about reason and emotion, love and despair, greed and hope, human beings and microbes. When the narrative strands come together, a world of great terror and beauty is revealed to the reader.
Born in 1966 and educated mostly in Bihar, India, Tabish Khair is the author of several critically acclaimed novels and poetry collections. Winner of the All India Poetry Prize as well as fellowships at Delhi, Cambridge, and Hong Kong, his novels—The Bus Stopped (2004), Filming: A Love Story (2007), and The Thing About Thugs (2010)—have been translated into several languages and shortlisted for major literary prizes including the Encore Award (UK), the Crossword Prize, the Hindu Best Fiction Prize, the DSC Prize for South Asia (India), and the Man Asian Literary Prize (Hong Kong). He lives in Arhus, Denmark.
“Beware the fungus among us … Khair’s cerebral thriller, set in a pandemic-ravaged near future, borrows liberally from the Michael Crichton playbook, animating classic suspense tropes with heady scientific speculation and dire warnings regarding the hubris of humans tampering with forces beyond their control … The story’s real strength, however, lies in the shifting perspectives of his vividly realized characters, from the smart, resourceful woman stranded at sea to the reflexively racist but fundamentally decent old cop to the sophisticated and formidable secret agent; each is a fully dimensional and compelling point-of-view character, and their wildly divergent backgrounds and worldviews allow Khair to approach the novel’s questions about human nature from a variety of intriguing angles … navigated with intelligence and grace.”
— Kirkus Reviews

“Khair’s philosophical insight into the history of human civilization makes us see life anew … [His] use of the inter-species relationship in the novel is an attempt to question racism and cultural prejudices. In many ways, this brave novel also makes us ‘cognizant’ of ongoing climate change … It is intriguing to see a refreshing literary novel by an Indian writer that looks at human actions and their impact on racism and climate change.”
— Ancillary Review of Books

“The genius of Tabish Khair’s latest offering, The Body by the Shore, is the way it unpacks the effects of global love for fascism, purity, privatization, and profit as the highest good, through a speculative suspense story set in a post-pandemic Denmark in the year 2030 … If the question, what is humanity heading towards, keeps you up at night, this story will give you much food for thought … Tabish Khair is a writer who is not afraid of taking risks. Deeply engaged with the questions of our age, he presents them in all their complexity. Seekers of intellectual-literary stimulation in their entertainment will love this story.”
— KITAAB

“Tabish Khair’s latest novel, The Body by the Shore, traverses time and continents to chart the mutating forces of greed … With the destructive potential of virulent microbes and plagues in the background, Khair’s portrayal of our collective future seems all the more scary because it is so real … In an action-packed thriller with illegal experiments in secret laboratories, black-market organ trade, racial discrimination, refugee crises, climate change, eugenics, government-corporate collusions, the mingling of science and religion, Khair looks for deeper truths and drives them home in moving prose. The Body by the Shore, which resists slotting into a convenient genre, is a tribute to the power of fiction to lead us to the heart of the matter in ways no polemic ever can.”
— Frontline Magazine