Every Breath You Take (Paperback) 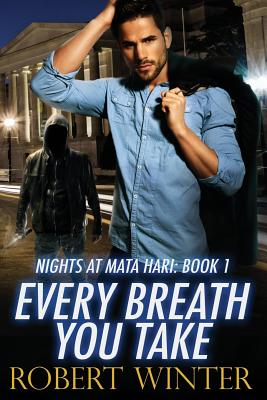 Every Breath You Take (Paperback)


Not On Our Shelves—Ships in 1-5 Days
(This book cannot be returned.)
Someone is murdering young gay men in Washington, DC. When Zachary Hall leaves Utah for a job in Washington, it's finally his chance to live as a gay man and maybe find someone special. In a bar he meets Thomas Scarborough, a man who seems perfect in and out of the bedroom. But Thomas never dates. He never even sleeps with the same man twice. Despite their instant connection, he can offer Zachary only his friendship, and Zachary is looking for more.Thomas is tempted to break his own rules, but years before, he became the victim of a stalker who nearly destroyed his life. Even though his stalker died, Thomas obsessively keeps others at a distance. Despite his fascination with Zachary, he is unable to lower his barriers. Frustrated, Zachary accepts he will never have what he wants with Thomas and soon finds it with another man.But the dead gay men all have a connection to Thomas. Once again someone is watching Thomas's every move. Can it be a coincidence? When the depraved killer turns his attention toward Zachary, Thomas must face the demons of his past-or lose his chance to open his heart to Zachary forever.Every Breath You Take is a gay romantic suspense novel with no cliffhanger and a happy ending. Trigger warning for references to child abuse. It is part of the Nights at Mata Hari series but can be read as a standalone.Another publisher previously released this novel with a different cover. The current publisher has made only editorial changes to this edition.
Robert Winter lives and writes in Provincetown. He is a recovering lawyer who prefers writing about hot men in love much more than drafting a legal brief. He left behind the (allegedly) glamorous world of an international law firm to sit in his home office and dream up ways to torment his characters until they realize they are perfect for each other.