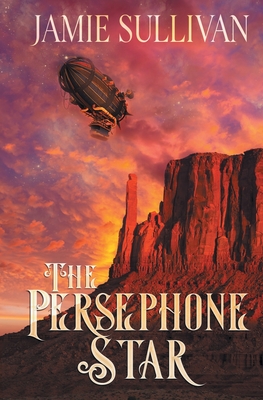 Postmistress Penelope Moser has recently settled with her father in the Wild West town of Fortuna. Shocked by the violence around her and the depressing lives of the town's women, she throws herself into her job. She's determined to make the best of it before she has to marry the odious town sheriff.

But when the Persephone Star is spotted in the territory, danger literally hits close to home. Its captain--the famed outlaw Mirage Currier--is fresh out of prison and gunning for revenge on Penelope's fianc for locking her up and sentencing her sister to death. Penelope's pleas to avoid violence are ignored, and a bloody showdown seems inevitable. That is, until Penelope is kidnapped and held hostage on the Star.

Shockingly, Penelope finds intrigue rather than danger in the air. Mirage's reputation as a hardened criminal doesn't fit with the Star's vibrant young captain whose only goal is to save her sister from the gallows. With her sympathies shifting, Penelope must decide whether to remain loyal to her father and the man she promised to marry, or face an uncertain future with an enthralling outlaw.