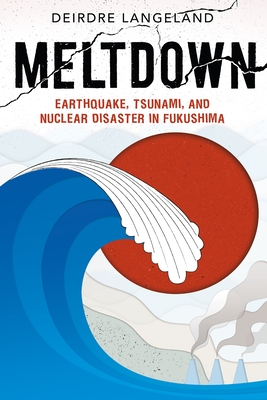 On March 11, 2011, the largest earthquake ever measured in Japan occurred off the northeast coast. It triggered a tsunami with a wall of water 128 feet high. The tsunami damaged the nuclear power plant in Fukushima triggering the nightmare scenario--a nuclear meltdown.

For six days, employees at the plant worked to contain the meltdown and disaster workers scoured the surrounding flooded area for survivors.

This book examines the science behind such a massive disaster and looks back at the people who experienced an unprecedented trifecta of destruction.

Deirdre Langeland has been a children's book editor and writer for more than twenty years. She currently freelances as an editor and ghost writer, focusing on science and nature explainers for young readers. Her own books include Octopus' Den and Kangaroo Island. She lives in New York's Hudson River valley.