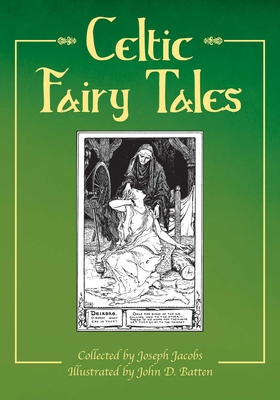 
Special Order—Subject to Availability
Originally published in 1892, this beautifully written collection of Celtic fairy tales is bound to enrapture. Filled to the brim with, as Joseph Jacob says, “both the best, and the best known folk-tales of the Celts,” this is the first of his two collections of Celtic folklore.

Included in this charming collection are tales of romance, tales that will make you laugh, and tales with sadness intertwined. The twenty-six story medley includes:

“Guleesh”
“Conal Yellowclaw”
“The Shepherd of Myddvai”
“The Story of Deirdre”
“The Wooing of Olwen”
“The Sea-Maiden”
“Jack and his Master”
“Beth Gellert”
“The Battle of the Birds”
“The Lad with the Goat-Skin”
And many more!

The magic of these stories is brought to life with fantastical sketches by John D. Batten that are interspersed throughout the pages, including eight full-page illustrations. The wonder, witchcraft, and magic found in Celtic tales are sure to enrapture all readers, young and old alike.