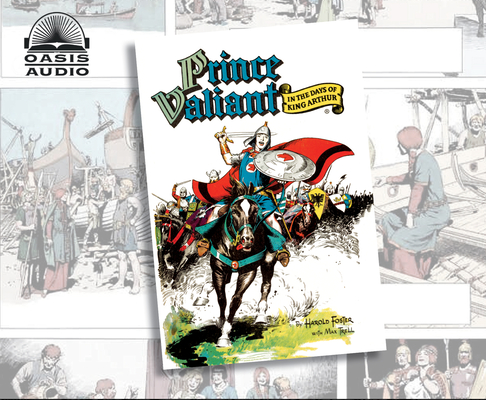 This is book number 1 in the Prince Valiant series.

When a brash youth is exiled to the shores of Britain, his daring and cunning soon mark him as a leader of men. Follow the early beginnings as young Val earns the right of Knighthood and becomes Prince Valiant, Knight of the Round Table!
Hal Foster (1892-1982) created Prince Valiant in 1937. Though remaining involved with the strip until his death in 1982, Foster handed the bulk of the scripting and art chores over to his longtime assistant, John Cullen Murphy, in 1971.