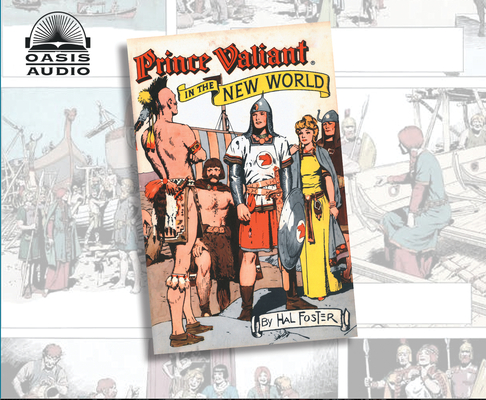 This is book number 6 in the Prince Valiant series.

In Vol. 6, Valiant and Aleta journey to "The New World," a 16-month epic that allows Foster to draw some of his spectacular native Canadian backgrounds, and during which Aleta gives birth to Arn. Most of the rest of the book is taken up with the action-packed "The Mad King," during which Val, back at Camelot, confronts the evil, fat little King Tourien of Cornwall.
Hal Foster (1892-1982) created Prince Valiant in 1937. Though remaining involved with the strip until his death in 1982, Foster handed the bulk of the scripting and art chores over to his longtime assistant, John Cullen Murphy, in 1971.