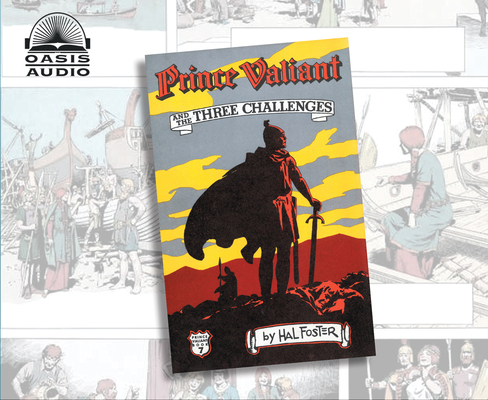 This is book number 7 in the Prince Valiant series.

In Vol. 7, Valiant now enters the 1950s: The Thule winter is hard and bleak, and a prince who has designs on Aleta must be dealt with. Then it's another epic-length story, "The Missionaries," in which Val and several of his fellow knights and crew travel to Rome on a quest for teachers who might bring Christianity to Thule.
Hal Foster (1892-1982) created Prince Valiant in 1937. Though remaining involved with the strip until his death in 1982, Foster handed the bulk of the scripting and art chores over to his longtime assistant, John Cullen Murphy, in 1971.