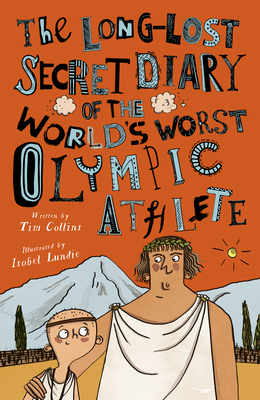 
Not On Our Shelves—Ships in 1-5 Days
Meet Alexander--a boy living in Athens, Greece, in 380 BC. The famous Olympic games are just around the corner, and he gets to go and assist one of Athens' prized athletes. But when the athlete gets sick the day of his competition, can Alexander uncover the plot against Athens and prove himself a hero? The hilarious Long-Lost Secret Diary series puts readers inside the heads of unlucky people in unfortunate situations. The accessible, irreverent stories will keep young readers laughing as they learn the importance of not being afraid to learn from their mistakes. Get Real fact boxes featured throughout, as well as a glossary and additional back matter, provide historical context and background.