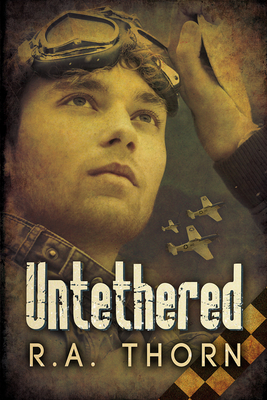 
Not On Our Shelves—Ships in 1-5 Days
(This book cannot be returned.)
Determined to help the war effort, Frankie Norris joins the US Air Force in 1943. Braving intimidating drill sergeants and unending marches, Frankie struggles to hide his secret—he’s queer. But having passed basic training, he’s not going to risk an undesirable discharge or any of his fellow recruits finding out. Then he receives word that he’s been granted a position flying the plane he loves, the P-51 Mustang. But as Frankie finds his wings in the sky, feelings of isolation may keep him grounded. Slowly making friends among his squadron, Frankie realizes he may not be as alone or as abnormal as he thinks. Other queer men have formed a community in the Armed Forces to offer support. Then Frankie meets his crew chief, Jim Morrow. Initially antagonistic, they slowly become friends and a mutual attraction develops as they join the Eighth Air Force in Britain. Confessing their feelings, snatching what time they can together, and wary of discovery, Frankie and Jim are there for each other through dangerous missions and the loss of friends. It’s a long war with enemies on both sides. All they can hope for is to survive long enough for a chance at something more.