Breaker and the Sun (A Paper Stars Novel #2) (Paperback) 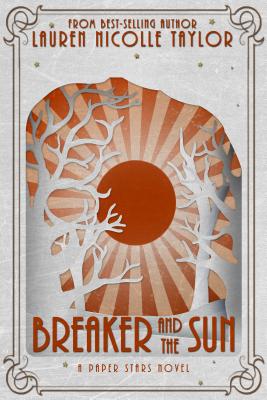 Breaker and the Sun (A Paper Stars Novel #2) (Paperback)

This is book number 2 in the A Paper Stars Novel series.

New from Lauren Nicolle Taylor, the best-selling author of Nora and Kettle, comes a fresh take on a classic tale.

Breaker Van Winkle is a recently returned Vietnam vet, struggling with PTSD and the difficulties of readjusting to civilian life with his mother. Eighteen-year-old Sunny is a high-achieving Chinese-French immigrant who fled Vietnam during the war. Sunny is usually as cheerful as her name implies, but she has her struggles too. Haunted by violent memories of the bombing that killed her parents, and chafing under the rule of her eccentric grandmother, she finds solace deep in the Catskills, at a place she calls the Ugly Tree.

When Breaker stumbles upon Sunny and the Ugly Tree, things start to change. They are drawn to each other, and feel called to the tree. As they spend more time together and their relationship deepens, they notice that their time at the tree is becoming twisted somehow. Sunny's mind yawns and her ambitions begin to slip away. Breaker feels safe and carefree, his memories finally burying themselves in the distant past. They are being lulled toward a tempting, peaceful sleep—but there is a cost to this magical serenity, and it may be more than either of them can bear…