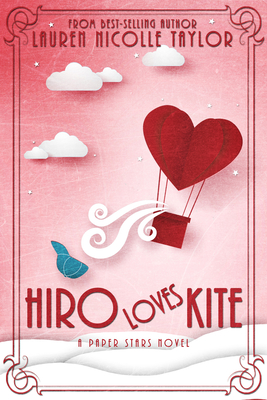 This is book number 2 in the A Paper Stars Novel series.

We offer our wounds and scars. Understanding that is part of what makes us beautiful.

Nora finally has her beloved sister Frankie back, but that's just the beginning of their struggles. She must now become Kite—a stronger, more independent version of herself—a king and a guardian.

Kettle has Kite's heart. But something holds him back; a feeling that he doesn't deserve good things. It's a looming shadow that threatens to separate them. Kettle must accept that he is also Hiro: a Japanese American with every right to happiness and freedom.

Hiro loves Kite—but Kite won't wait forever for him to tell her. And now they're standing on icy ground. The leverage they had on Kite's abusive father has wavered, and life on the street is affecting Frankie's health. Snow is gathering at the station doors, and doubts are piling high…they must rely on each other, and believe in the magic that got them this far. If they don't, it's not just their future in jeopardy—but the fates of all the street kids in their care—all the Kings.

Fans of Nora and Kettle have asked for more of their story since it first hit shelves. By popular demand, Lauren Nicolle Taylor has written this follow-up that is sure to please her fans. Find out why readers are calling this series "unforgettable," "powerful," and a "remarkable reimagining of Peter Pan."