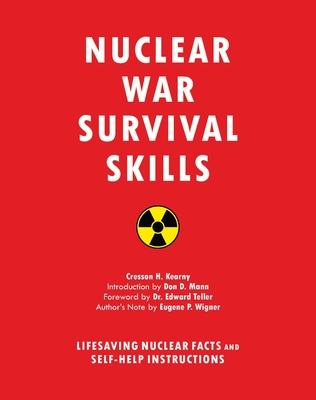 
Not On Our Shelves—Ships in 1-5 Days
Be prepared for the worst case scenario with t this field-tested guide to surviving a nuclear attack, written by a revered civil defense expert.

This edition of Cresson H. Kearny’s iconic Nuclear War Survival Skills (originally published in 1979 and updated by Kearny himself in 1987 and again in 2001), offers expert advice for ensuring your family’s safety should the worst come to pass. Chock-full of practical instructions and preventative measures, Nuclear War Survival Skills is based on years of meticulous scientific research conducted by Oak Ridge National Laboratory.