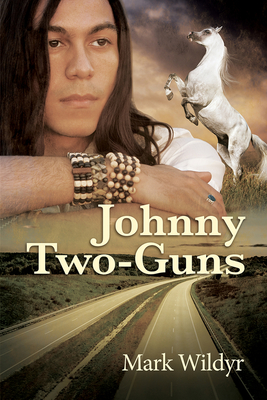 
Not On Our Shelves—Ships in 1-5 Days
(This book cannot be returned.)
When vacationing Denver architect Roger Mackie rolls into a quaint old trading post in Montana’s Bitterroot Mountain Range to gas up his car, it’s the start of a life-changing journey. Lean, handsome Chippewa Johnny Two-Guns is looking for a ride. He’s on a mission to recover some clan treasures. Roger is immediately smitten and drives Johnny all the way to Arizona. Although the two successfully build a friendship, Roger is unable to initiate the intimacy they both seem to desire. A second visit gives Roger another chance to draw Johnny out of his shell. The payoff is spectacular, leading to a week of sex and discovery, during which Johnny’s innocent enthusiasm shows Roger a new side of love between men. But trouble is on the horizon for the new couple, as fate seems set against them. And what does the sudden appearance of sexy young architect Brad Beaver portend for the future?