The Crumrin Chronicles Vol. 2: The Lost and the Lonely (Courtney Crumrin #2) (Paperback) 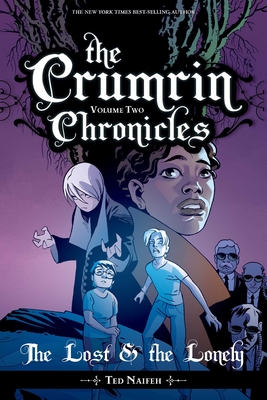 The Crumrin Chronicles Vol. 2: The Lost and the Lonely (Courtney Crumrin #2) (Paperback)

This is book number 2 in the Courtney Crumrin series.

The second volume in the Courtney Crumrin spin-off series that follows the adventures of Courtney's younger brother, Will!

Imagine waking up one morning and realizing that fifty years have gone by and you hardly noticed, let alone aged. That’s what happens to Calpurnia Crisp, a humble schoolteacher from Hillsborough. Agent Odell of Homeland Security is convinced Calpurnia was the victim of magic, and wants her to join him in his crusade against what he sees as a conspiracy undermining the country. Odell recruits her as an undercover asset to infiltrate the world of Courtney Crumrin, the mysterious teenager who left a trail of unexplained horrors in Hillsborough, and Courtney’s younger brother Will, the strange boy who appeared out of nowhere. But as she penetrates the world of the Crumrins, Calpurnia begins to suspect the gap in her memories is due to her magic being erased. She must ultimately decide between the world of magic or helping the reactionary agent determined to eradicate it.