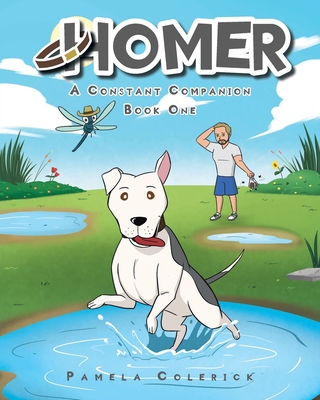 This is number 1 in a series of children's books about a pit bull American bulldog mix rescue dog named Homer. Homer was saved from an animal rescue in California by my son-in-law, Steve, twenty-four hours before being euthanized due to the vast number of dogs in shelters. Some of these dogs will never see the outside of a shelter since so many people want puppies or expensive breed dogs.

Homer is one of the lucky dogs, especially for a breed frowned upon. He's here to tell you a different side of the story with the right leader of the pack in charge. I hope you enjoy this book and look forward to learning about the adventures of Homer and his friends in the future.