Günter Grass and the Genders of German Memory: From the Tin Drum to Peeling the Onion (Hardcover) 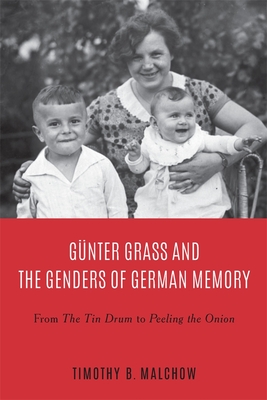 Günter Grass and the Genders of German Memory: From the Tin Drum to Peeling the Onion (Hardcover)

By Timothy B. Malchow


Not On Our Shelves—Ships in 1-5 Days
The first book to examine the connection between gender and memory in Grass's oeuvre, which is especially timely in light of current concerns about male privilege.
G nter Grass (1927-2015) was a fixture at the heart of German cultural life, a self-styled spokesman of the Kulturnation (cultural nation) who imagined it linking him to canonical male literary figures and their authority. He was also the object of valid feminist criticism: a rigid conception of gender permeates his works, belying his professed skepticism toward ideologies. A heterosexual male, Grass lent his representative persona a natural veneer by appropriating his era's gendered discursive constructs, including Heimat, the Bildungsroman, and narratives about German wartime victims and perpetrators. Such appropriation elevated his remembering artist's masculinity above that of the status quo's defenders and exploiters of memory.
This book is the first to evaluate the connection between gender and memory in Grass's oeuvre and its legacy in light of current concerns about male privilege. It highlights his breakthrough novel The Tin Drum (1959) and his memoir Peeling the Onion (2006). The former establishes the gendered persona that Grass would develop in subsequent decades to relate contemporary issues to Nazi-era memories. The latter reclaims the novel's autobiographical material but fails to account for his decades-long silence about having served in the Nazi Waffen-SS. Instead, it foregrounds his mourning for his mother, allowing for a more personal reading of his oeuvre and its gendered imagery.