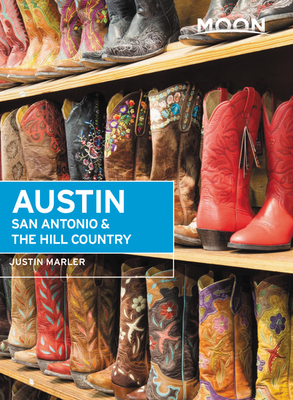 Justin Marler first encountered Austin while on tour with his band, where they performed at the famed alternative rock venue Emo's. After writing and traveling in the San Francisco Bay Area in the early 1990s, he joined a prominent alternative rock band, traveled extensively, and landed his first publishing deal writing fiction. Before finishing his manuscript, he left conventional life and entered an Eastern Orthodox monastery in Northern California. As a monk, Justin worked in the publishing arm of the monastery, traveling the world over while penning spiritual texts and travelogues for magazines.

After seven years, Justin left the monastery and returned to "the world," where he entered both the music and publishing professions. He fronted an alternative rock band by night and by day worked as an illustrator and occasional travel writer. Today, Justin lives in Austin with his wife and two daughters.