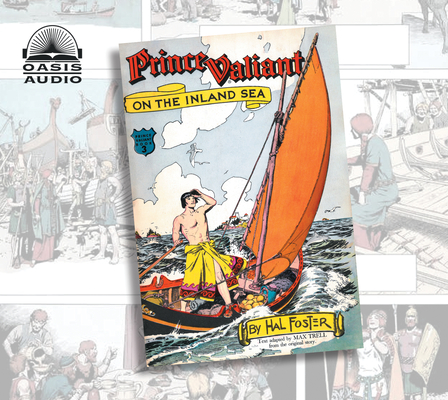 This is book number 3 in the Prince Valiant series.

With the Singing Sword at his side and a song on his lips Valiant sets out with Tristram, the Courteous, and Sir Gawain, The Amorous, on an expedition across the Gleaming expanse of the Inland Sea
Hal Foster (1892-1982) created Prince Valiant in 1937. Though remaining involved with the strip until his death in 1982, Foster handed the bulk of the scripting and art chores over to his longtime assistant, John Cullen Murphy, in 1971.