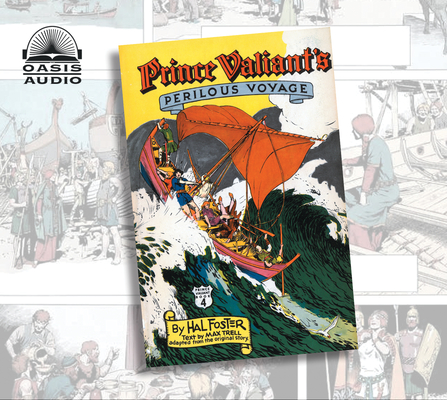 This is book number 4 in the Prince Valiant series.

This Title features one of Hal Foster's patented epics, "The Long Voyage to Thule," which chronicles Valiant's return to his birthplace and reunion with his father. Also included are a series of shorter adventures including "The Seductress," "The Call of the Sea," and "The Jealous Cripple," as well as the fan-favorite "The Winning of Aleta," in which Val finally sets out to find his long-lost love.
Hal Foster (1892-1982) created Prince Valiant in 1937. Though remaining involved with the strip until his death in 1982, Foster handed the bulk of the scripting and art chores over to his longtime assistant, John Cullen Murphy, in 1971.