If Only She Knew (Paperback) 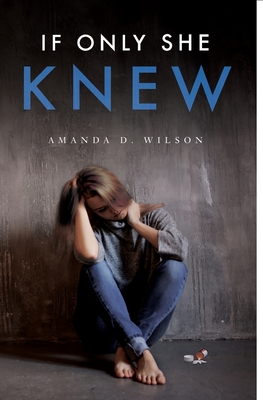 If Only She Knew (Paperback)

Melissa is an average middleclass sixteen year-old in high school. She has a car, friends, and everything important to a teenager. When she meets a boy who checks all the right boxes, she falls for him...only to be betrayed. Her so-called friends start cruel gossip about her, and she loses all but one friend. Slowly, Melissa manages to put her life back together and pull herself out of depression. Eventually, she lets her guard down and begins to trust again. But she ends up falling even lower than last time. She is raped. With her life spiraling out of control and deep depression setting in, her parents take her to a therapist, who immediately starts prescribing pills. When she finds herself pregnant, she must face the difficult decision to have the baby or not. At that point, her life becomes simply unbearable.

This novel is geared toward young people, who all too often go through the traumas that Melissa faces in the story. It deals with teen depression, suicidal thoughts, doctors who feel that pills solve everything, and great parents who do everything right but still have a child fall prey. When teens have anxiety attacks or depression, the focus is often on what the parents are doing wrong--the negative instead of the positive. Melissa's parents show that even if the parents do all the right things, a teen could still become suicidal.

Fans of the novels 13 Reasons Why, Go Ask Alice, and Jay's Journal, are sure to enjoy this compelling story.