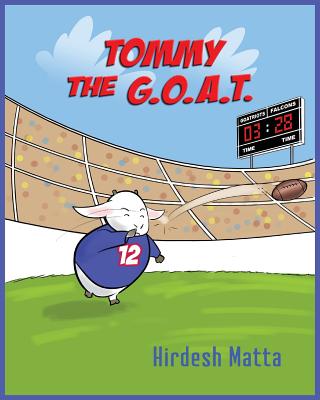 Tommy the Goat is a story loosely based on Tom Brady's ascent to the pros. Tommy grew up in a loving family and always knew he wanted to play football. As he grew up, his classmates doubted his abilities and questioned his size, but his continous effort led to him being drafted into the NFL. After being cast into a starting role, Tommy proved that hard work pays off. He led his team to multiple Super Bowls and went from being an underdog to the greatest of all time.