A Child @ 70: A New Life in the Philippines (Paperback) 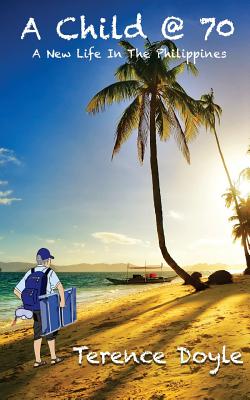 A Child @ 70: A New Life in the Philippines (Paperback)


Not On Our Shelves—Ships in 1-5 Days
(This book cannot be returned.)
When Terence first arrived in Asia in 2010, he told the many girls he met two things: that he had no plans to get married and that he did not intend to have any children. He was in Asia merely to let his hair down. Five years later he was happily married to a dazzling Filipina and father to an equally dazzling baby boy. A Child @ 70 describes Terence's radical transition from exhausted Western divorcee to enjoying life in a chaotic, emerging nation. It also provides a wealth of detail about the country, following his visits to many of the Philippines's best islands, including the 10 biggest islands, and to its most important cities.
A long-time writer, Terence Doyle has an extremely varied CV, ranging from teaching, PR work and manual labour - as a greenskeeper - to travel journalism, script writing and acting. Having travelled much of the world for both business and pleasure, he has settled in Thailand as his future home and is as keen to help others understand the seductive nuances of the country as he is to master its varied culture himself.Thailand Love Talk follows on from his popular book Words of Love, which was written for a solely Western audience.