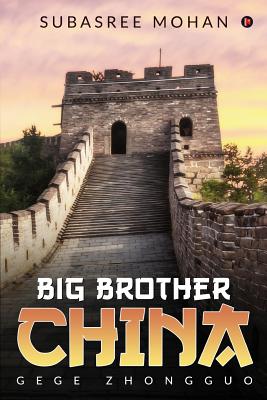 
Not On Our Shelves—Ships in 1-5 Days
(This book cannot be returned.)
Subasree Mohan was elated when she learned that her family would be moving out of India; she was nonplussed when she knew that their next destination would be China. The political scenario and the iron curtain around China always left doubts about the country. This book by Subasree Mohan transforms that thinking. She makes the reader live through the moments captured during her stay in China. This is not a travelogue but a firsthand experience of Chinese culture and grandeur of a fellow Asian who lived in China for several years. At the end of this book, one cannot stop admiring China as she walks the reader through the various positive aspects of the Chinese culture. To quote what she says in her last line of the book, let us salute Big Brother China the Superpower.
Subasree Mohan was born in Chennai but brought up in Madurai as her father was employed there. She is a History graduate and an ardent reader. Subasree has lived in Beijing for several years. Her husband was employed in Beijing. Due to her father and husband's job transfers, Suba had been moving across various cities right from her childhood and after her marriage as well. This exposure gave her an opportunity to have in-depth knowledge about the different traditions and culture followed in different places both in India as well as abroad. She has learned to love humanity and has acquired an open mind to accept and appreciate a wide variety of people and cultures. Suba has penned articles on Chinese New Year, Thailand Tour, and Angkor Vat. She has also been hosting a programme for the Chinese Radio. She has given a detailed interview on a Tamil TV channel, outlining her experience in China. She continues to write for various magazines for the Tamil print media.