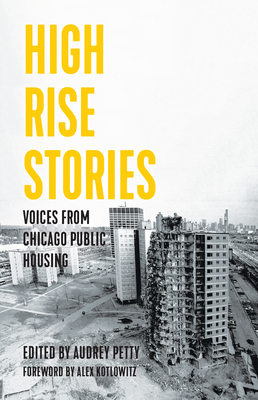 In the gripping first-person accounts of High Rise Stories, former residents of Chicago's iconic public housing projects describe life in the now-demolished high-rises. These stories of community, displacement, and poverty in the wake of gentrification give voice to those who have long been ignored, but whose hopes and struggles exist firmly at the heart of our national identity.

Audrey Petty is an Associate Professor of English at the University of Illinois at Urbana-Champaign. A Ford Foundation grantee, her work has been featured in Colorlines, StoryQuarterly, and Saveur, among many others. Alex Kotlowitz is the author of There Are No Children Here: The Story of Two Boys Growing Up in the Other America, which the New York Public Library selected as one of the 150 most important books of the twentieth century. His nonfiction stories have appeared in print, radio and film. From his documentary, The Interrupters, to his stories in The New York Times Magazine and on public radio's This American Life, he's been honored in all three mediums.