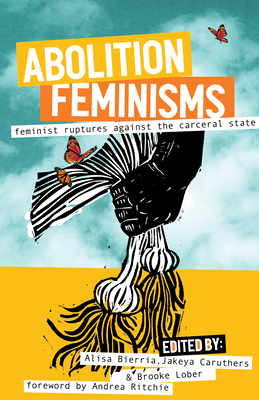 In this expansive companion to Abolition Feminisms Vol. I, contributors confront multiple paradigms of punitivity--the foundational logics of family, borders, heterosexuality, colonial violence, and more--to disengage us from root systems of carcerality.

The book transcends various modes and forms: through grassroots praxis, critical research, storytelling, diagrams, poetry, and visual art, these pieces build on the legacies of feminist thinkers who formulated abolitionist critiques of policing, surveillance, and control. The resulting framework provides readers with the resources to cultivate and inhabit a post-carceral world of radical freedom and possibility.

Alisa Bierria is a Black feminist philosopher and an assistant professor in the Department of Gender Studies at UCLA. Her writing can be found in numerous scholarly journals and public anthologies, including her co-edited volume, Community Accountability: Emerging Movements to Transform Violence, a special issue of Social Justice. She has been an advocate within the feminist anti-violence movement for over 25 years, including co-founding Survived & Punished, a national abolitionist organization that advocates for the decriminalization of survivors of domestic and sexual violence. Jakeya Caruthers is Assistant Professor of English & Africana Studies at Drexel University. Her research attends to black political aesthetics within 20th and 21st century cultural production as well as race, gender, sexuality, and state discipline. Jakeya is a principal investigator of an inside-outside research initiative with Survived & Punished California that maps pathways between surviving gender violence, incarceration, and radical possibilities for survivor release. She is also collaborating on a digital archive of feminist decriminalization campaigns waged over the last 50 years. Brooke Lober is a teacher, writer, activist, and social movement scholar who is currently researching legacies of antiracist and anti-Zionist feminisms in the Bay Area, and teaching courses in the Gender and Women's Studies Department at UC Berkeley. Brooke is the co-editor of a special issue of Sinister Wisdom, "Out of Control: Lesbian Committee to Support Women Political Prisoners" (2022); her writing is published in the scholarly journals Feminist Formations, Women's Studies, the Journal of Lesbian Studies, Meridians: Feminism, Race, Transnationalism, and on numerous websites of radical culture.