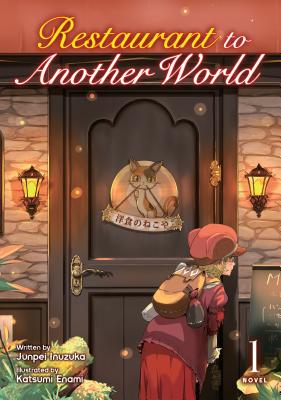 The basis for the beloved anime about a restaurant that welcomes fantasy creatures to dine!

In Tokyo lies a small restaurant called “Western Cuisine Nekoya,” ordinary in every way—save one. Every Saturday, its door connects to another world! Follow along as a cavalcade of curious guests from half-elves to samurai, dragons, halflings and vampires enter its premises, all with the same goal in mind: to fill their stomachs with the most mouth-watering of foods.

Junpei Inuzuka is a Japanese author best known for Restaurant to Another World.

Katsumi Enami is a Japanese artist best known for the illustrations in the light novel series Baccano!, Vamp!, and Restaurant to Another World.